Invoice 360 Cloud Sync is a free and open-source invoice system that supports cloud syncing and easy self-cloud-hosting. The app can operate locally on a device without a network connection and syncs data with the cloud when a connection is available. The server cloud is kept as simple as possible for ease of self-hosting without requiring tedious maintenance.

This project aims to provide a simple yet complete invoice system for small business owners based on an existing and popular invoicing app, Invoice 360 (Please note that the current version in the Store works on local data only.) available in the Windows Store. You can follow the instructions provided here and self-host the server cloud on Microsoft Azure and make use of the syncing capabilities. Since this project is open-source, it is also possible for independent developers to extend the capabilities of the system. 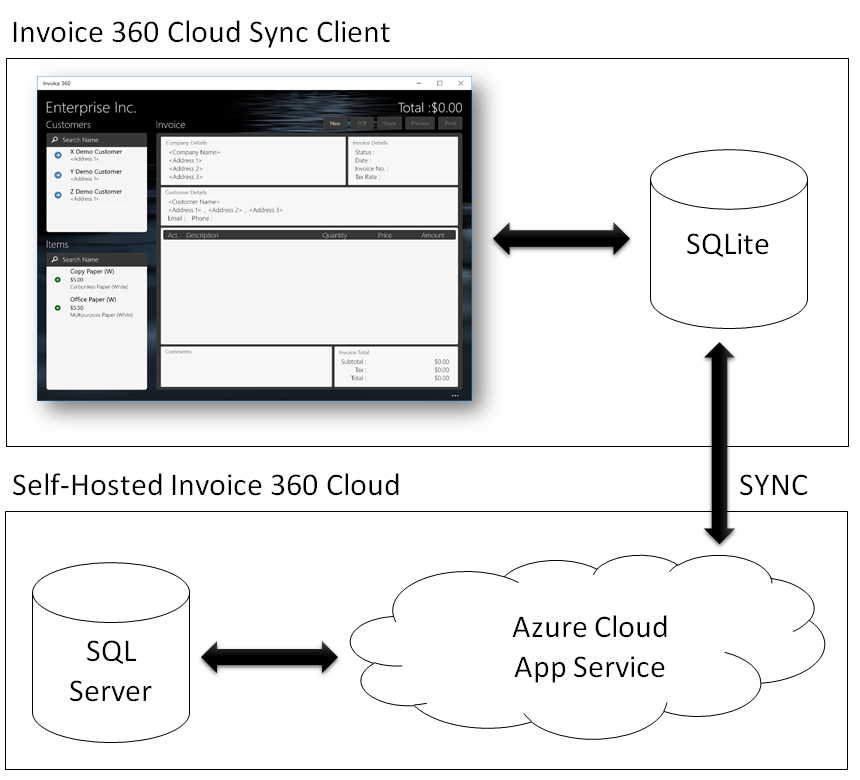 We also develop and provide a commercial Local/Private Cloud Sync Server hosted in a Windows executable.

Behavior of a cloud syncing app

Most web and cloud applications keep their business logic on the server. This is to ensure smooth updates (when some logic changes or when a new feature is added) where it is easy to deploy a new version without requiring users to download new software. This greatly ease software deployment.

On top of that, the simple and thin cloud enables Invoice 360 to allow business operations to continue even when the cloud is not available. This is very useful in circumstances where employees are on-the-go and may at times be without a reliable network connection.